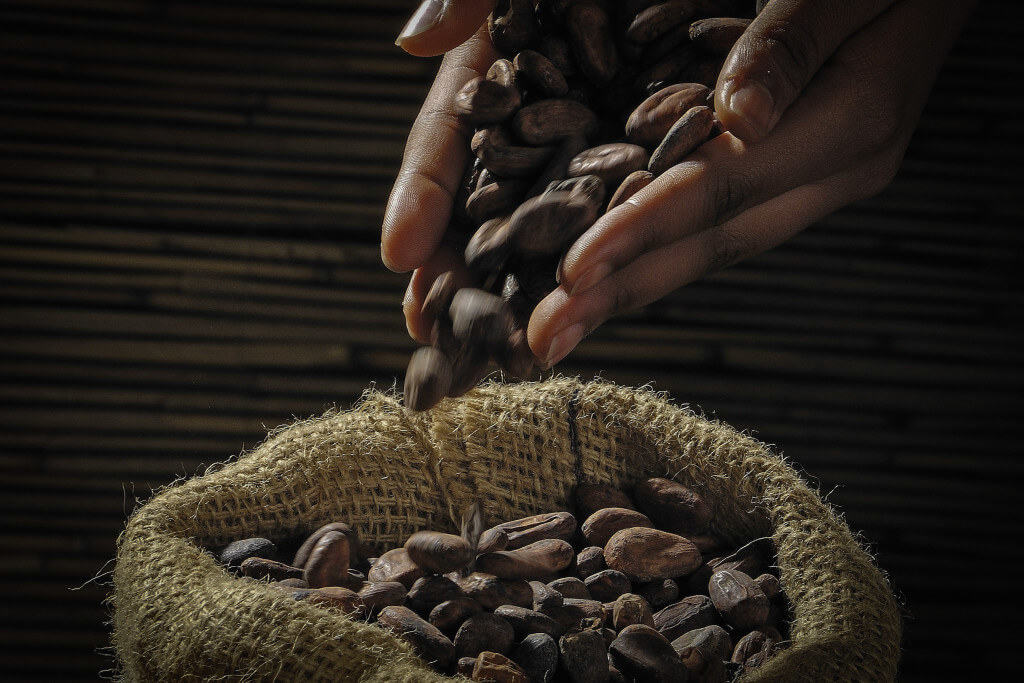 We assure our industrial or artisan clients, a quality cocoa thanks to the long term partnerships we establish with exporters and local cooperatives. The other reason for its associations is our concern for fair trade and sustainable development. We have also negotiated strategic partnerships with local manufacturers which enable us to deliver to our customers cocoa products such as cocoa butter, cocoa powder or cocoa liquor.

Cacao at a glance

We are not sure if Christopher Columbus discovered America; on the other hand Cortez, a Spanish explorer, who was taken by Aztecs for a reincarnated god was covered with offerings like cocoa beans, and felt the real value of cocoa. Cocoa was consumed only as a drink, which was adapted to the taste of Spanish in 1528. They were able to keep the secret source of cocoa for 140 years. The Mayans and Aztecs, who had enjoyed this beverage for a long time, also used cocoa beans as currency. The cacao tree comes from the tropical forests of the Amazon and other parts of central South America.

Cacao cultivation first spread to Mexico and Brazil going through the centre of South America and the Caribbean before reaching the islands of Indonesia. Then it is in West Africa that the expansion was strongest in the 19th century.

The cacao tree, which can measure 10 meters in height, was decreased to about 3 meters order to facilitate picking. This tree grows in tropical regions up to an altitude of 1000 meters and at temperatures between 18 and 30 degrees Celsius. The tree, which produces fruit only three years after planting gives flowers all year round. 5-6 months following the fertilization of the flower, the fruit, named pod is ripe when it turns from green to yellow or from red to orange, depending on the species. In some regions the harvest is done all year round and in the others as in Ivory Coast, it is carried out twice a year. It is a culture which is labour intensive and is mainly done by families.

There are three main types of cocoa bean:

Criollos: represents about 5% of world production, its cocoa is the most refined and aromatic, it is sweet and slightly bitter and acid.

Trinitarios: represents about 15% of world production, gives a powerful and refined flavor but is less intense than the Criollos. It is a hybrid of the first two species.

Before shipping, the pods are cut by hand to get the cocoa beans out; the beans are then fermented to give colour and flavour to the cocoa, and finally are dried. This process is virtually unchanged from the one taught by the Aztecs

This site uses Akismet to reduce spam. Learn how your comment data is processed.